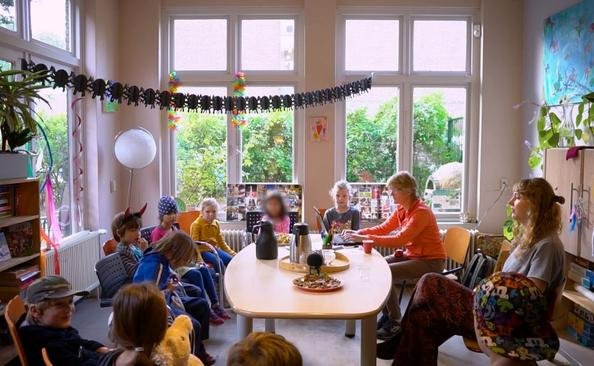 I had never been acquainted with the term “Sociocracy” until last weekend when I attended a film screening titled School Circles, hosted by A Good Space—a co-operative of social changemakers.

What intrigued me to attend the film screening was the description of Sociocracy: a system of governance that seeks to create psychologically safe environments and productive organisations by drawing on the use of consent, rather than majority voting, in discussion and decision-making by people who share a common goal.

The idea of creating a psychologically safe and inclusive environment within an organisation—whether within a family unit, the larger community, or even in a corporate setting like the workplace—really appealed to my inner pacifist. The concept of Sociocracy also alluded to the co-operative values of openness, honesty, inclusivity and solidarity, which the Singapore National Co-operative Federation stands for.

As its title suggests, School Circles explores the practice of Sociocracy within six democratic schools in the Netherlands, where students, teachers, and staff members come together to dialogue, discuss proposals, mediate conflicts, and make decisions about their school life. 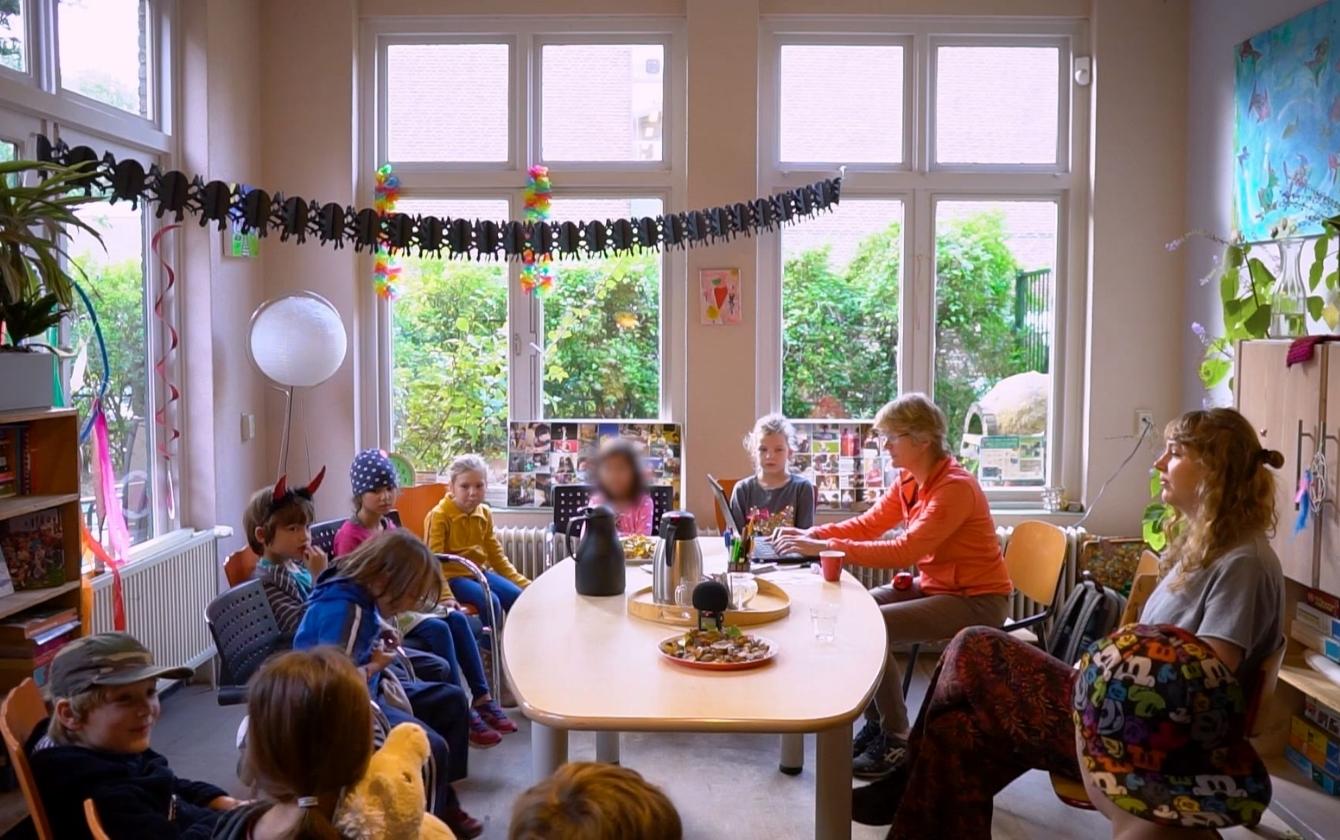 Without going too much into the film, which is actually available online on YouTube, I wanted to note down some of my key takeaways from the session, also as a means to crystallise some of my own thoughts and reflections. Notably, I thought that the post-show audience reflection session, where we were given the space to create our own circles and share our reflections about the film, was brilliantly facilitated.

Starting off with the Sociocratic principles:

Democracy, as we know it, is a system of governance underpinned by the principle of majority rule. Where Sociocracy diverges is in its emphasis on consent-based decision making, where a decision can only be made if no member has any substantial objection against the decision.

Instead of trying to achieve consensus, meaning everyone has to agree with the decision; sociocracy calls for consent, which is not necessarily complete agreement, as long as they do not disagree and are able to live with the decision. It is only with everyone’s consent that a decision can be passed. In this sense, each member holds equal power in influencing the outcome of the decision.

More significantly, any objections raised during the discussion process must be substantiated and justified, and suggestions or refinements can be offered by all members to make the proposal more palatable and acceptable to non-consenting members. This process of negotiation and reimagination is only made possible by the second sociocratic principle (the circle process) which I find most intriguing.

The sociocratic organisation comprises ‘circles’ where members come together and sit in a circle to discuss and dialogue. While seemingly odd at first glance, this act holds much meaning and significance. First, being seated in a circle connotes a sense of equality where every member has a turn to take and an opinion to share. As each member shares their opinions and rationales, there are ample opportunities for members to acknowledge the points raised and possibly switch their initial stance after comprehending the new rationales.

In the film, some children were tasked to collectively decide on renting a candy floss machine for a day for 60 euros. While we would assume the children to unanimously agree, it was intriguing to witness otherwise. Objections, such as financial woes, the availability of other snack substitutes, and even the opportunity cost (like using the fund for excursions) incurred, were raised. Watching them negotiate with one another and come up with mitigations to convince the non-consenting children was equally insightful.

This was but one example of the decisions the children had to make in the film. Evidently, in these schools, anyone can raise a motion over any issue and a circle will be convened to address it. Participation is voluntary and not mandated, and not showing up to a circle also means you give up your right to participate and having to live with the outcome regardless of what it is.

Another very compelling point made by an audience member during the post-show reflection is also the somatics associated with the circle process—where each member’s body is facing everyone else’s, and each member can see and focus on everyone else within the circle. This focus and attention paid to every participating member is critical in fostering a more inclusive approach where attention is given to everyone, and the marginalised are not ignored. This is an interesting contrast to more autocratic societies or organisations where much of the focus and attention is placed on the leader or group of leaders.

Critical and essential to the circle process, I believe, is a commitment by each member to be respectful and open to everyone else’s opinion. The preceding objective must first be to seek to understand, and then to be understood. Without an underlying spirit of transparency, acceptance, and a withholding of judgement, I imagine the circle process would be fraught with much difficulty.

As an organisation grows larger, more and more circles will exist, and each circle will elect representatives to represent the circle’s interest in the next higher circle. These representatives serve as links and form a feedback loop between circles.

At the highest level of organisation is a top circle, analogous to the school board in an educational institution, or the senior management in a corporation. No circle or member holds greater power than another, unlike more traditionally autocratic or hierarchical organisations where the senior management for example hold greater power and authority over regular employees. Such a structure ensures that every single member is included and represented equally.

From a systemic perspective, this Sociocratic Circle-Organisation Method (SCM) developed by Endenburg seems almost ideal, especially against the backdrop of the democratic schools around the globe. But this model also brings with it a radicalism that might have stirred some discomfort among the audience members, especially when considered within a Singaporean context.

This sentiment was shared by many audience members who wondered about the outcomes of these children. As they graduate from these schools and integrate back into non-sociocratic society, what kind of jobs would they hold? How would they function within a non-sociocratic context, organisation, and society? I couldn’t help but also think that these schools featured in the film were microcosmic utopias that would set the children up for a shock when they had to re-integrate back into the ‘real world’.

Another common sentiment shared by the audience was the efficacy and applicability of sociocracy in a more corporate, for-profit, and hierarchical context. In response, one of the facilitators shared that Endenburg had actually successfully applied it in running his family’s for-profit company Endenburg Electric. I reckon a large part of his success has got to be attributed to his ownership of the company, thereby highlighting the importance of leadership sponsorship of the sociocratic method in determining success.

Another point to note is how Endenburg had to first reduce the size of his company from 160 to 100 people to create the optimal conditions for sociocracy to succeed, underscoring its limitations in terms of scale. With all the dialogue and discussions that take place within the circles, SCM is evidently a time-consuming process that will be difficult to operationalise in larger organisations. However, a defence of the SCM is that while the process is time-consuming, the outcomes are usually more sustainable over the longer run.

In sum, while the film and post-show discussion has surfaced more questions than answers for me, it has definitely opened my mind to alternative approaches of discourse and decision-making. What was most striking to me is the spirit of transparency, respect, and desire to understand one another that lies at the heart of sociocracy. And that is what I will take with me in my future interactions, whether at home, in my social communities, and even at the workplace, as we inch towards a more inclusive and engaging society.

Sharon Lim Ming Wei was a scholar for the Singapore National Co-operative Federation. 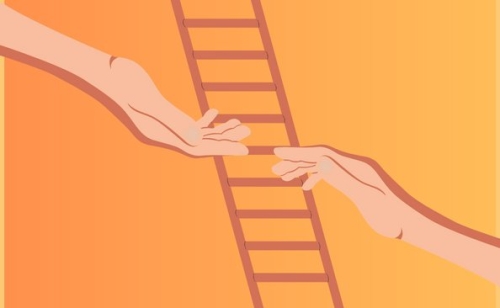 Millennials Speak: How to have a good 1-on-1 with your mentor
Next Post