Non-Traditional Forms of Co-ops: Platform Co-ops Can Be a Force of Social Good, says SNCF Chairman

On 13 July 2022, Mr Tng Ah Yiam, Chairman of Singapore National Co-operative Federation (SNCF), was invited to be a panelist at a virtual panel discussion “Non-Traditional Forms of Cooperation and Cooperatives”. The panel discussion, which was organised by the Institute of Policy Studies (IPS) and Tote Board, delved into how platform co-operatives can generate social mobility and economic inclusion for marginalised communities.

Joining Mr Tng were Associate Professor Trebor Scholz, the Founding Director of The Platform Cooperativism; Ms Kate Khatib, the Co-director of community wealth co-operative Seed Commons and Worker-Owner of co-operatively-owned restaurant and bookstore in Baltimore Red Emma’s Bookstore Coffeehouse; and Dr Hong Renyi, Assistant Professor at the Department of Communications and New Media in the National University of Singapore. The panel discussion was moderated by Dr Justin Lee, a Senior Research Fellow at IPS.

The Pros of Platform Co-ops

Platform co-operatives are jointly owned and democratically controlled platforms that operate on the basis of self-help and mutual assistance. Unlike traditional co-operatives, platform co-operatives often leverage digital or online platforms, like a website or a mobile application, to exchange three key units: information, goods and services, and a currency.

The boom in the digital economy has created many opportunities for organisations, including co-operatives, to drive engagement with their community members. Even so, this acceleration also brought about demerits, such as exploiting regulations and creating digital giants that dominate the market. The platform economy, and thus platform co-operatives, holds much potential to provide  more and fairer income and improve collaboration between key stakeholders.

Some of the other benefits include having higher quality jobs, lower worker turnover, and more control over the privacy and transparency of the business.

Mr Scholz highlighted how gig workers, whether they are Uber drivers or housecleaners, could consider forming a platform co-operative to empower one another. Just like in his 2018 TED Talk “Stuck in the gig economy? Try platform co-ops instead”, Mr Scholz shared the successful case study of housecleaner Esmeralda Flores who joined a platform co-operative in New York City and earned twice as much per hour as compared to when working in her previous company. She also received training in finance and management, and in conflict resolution. “There’s no algorithm boss at her company that changes the pay or hours from under her feet, so she has some stability for her family,” he said in the TED Talk.

“Power is decentralised in platform co-operatives because every member has a vote,” Mr Scholz said.

Ms Khatib seconded Mr Scholz’s stance. The writer and entrepreneur, who is based in the city of Baltimore in Maryland, shared about her journey setting up Red Emma’s Bookstore Coffeehouse back in 2004 before co-founding the community wealth co-operative Seed Commons. The latter aims to “channel investment to marginalised communities that faced the brunt of the extractive economy, deindustrialisation, and systemic discrimination, making community-controlled finance available to co-operatively-owned businesses”.

She said: “Across all the co-ops (and actors) that benefitted from Seed Commons, workers make a living wage, are provided with some degree of health care, and all of them have a pathway for their employees.”

Beyond giving power to community-based actors to do good, co-operatives can also be agents of inclusivity. Addressing the declining population and the diverse demographics of people in Baltimore, Ms Khatib said: “Generally, the workers' retention rate in co-ops is high because these businesses directly impact their members, including minority groups."

“For a co-op to really function and be successful, it is imperative that decision-making power is held in the hands of people impacted by those decisions,” Ms Khatib said in an interview with Bloomberg Businessweek.

What’s Else Is Needed

As the apex body of Singapore’s Co-operative Movement, SNCF endeavours to help its co-operatives strengthen their enterprises so they can better serve their members, the broader community, and transform the national economy.

Mr Tng, who is a veteran of the National Trades Union Congress (NTUC) FairPrice, a co-operative and also Singapore’s largest supermarket chain, agrees that co-operatives and social enterprises could consider adopting the platform model to expand their reach and impact communities.

He elaborated that SNCF has been helping aspiring co-operative players leverage grants provided to set up their entities. These grants can help new and veteran co-operative players offset costs or develop talents to bolster their operations. He said: “We are here to promote and develop co-operatives as sustainable enterprises to address social and economic needs.”

Interestingly, while the co-operative ecosystem is robust, not everybody is aware of the values co-operatives have in societies, said the panel discussion’s last speaker Dr Hong. He also highlighted co-operatives are not only business units, but they are also cultural units too. Simply put, co-operatives are all about rising with others. He said: “Co-ops give people a chance to get a sense of who they can be.”

In his sharing, Dr Hong also quipped about whether members in a platform co-operative need the technical expertise to manage a digital platform and whether the lack thereof might put forward barriers to entry. Education and upscaling are thus paramount to equip members with the skillsets needed to operate an online platform.

Mr Tng had earlier shared how Singapore-based service co-operative Employment for Persons with Intellectual Disabilities (E4PID) is looking to launch a new commercial website for its “Mushroom Buddies” initiative. The initiative, which employs persons with special needs to grow and harvest mushrooms in an urban farm container, will allow members of the public to purchase and support the co-operative’s cause online. E4PID is presently working with volunteers to set up the website and streamline the workflow needed for the process.

In the same post-panel discussion interview, Mr Scholz explained: “Municipalities are crucial to the success of all co-operatives. Without regulatory support, platform co-operatives cannot win.”

But this does not mean that keen co-operative players should forgo the model. There are studies proving that countries with high rates of worker co-operatives had higher measures of trust in societies or how co-operatives are capable of building social trust. Mr Tng added: “Platform co-ops that make use of digital platforms can be a force of social good.”

A version of this story was repurposed on International Co-operative Alliance - Asia Pacific's newsletter, read that here. 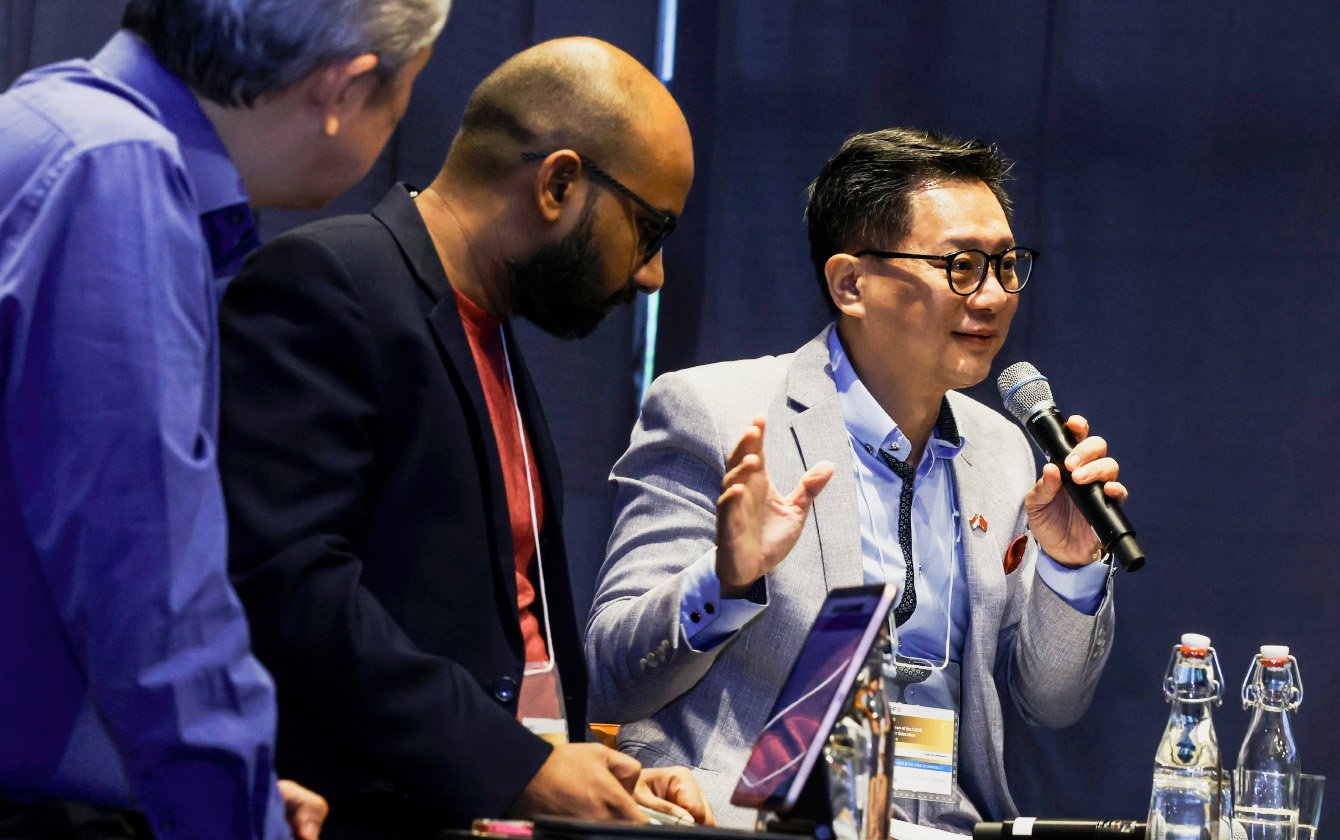 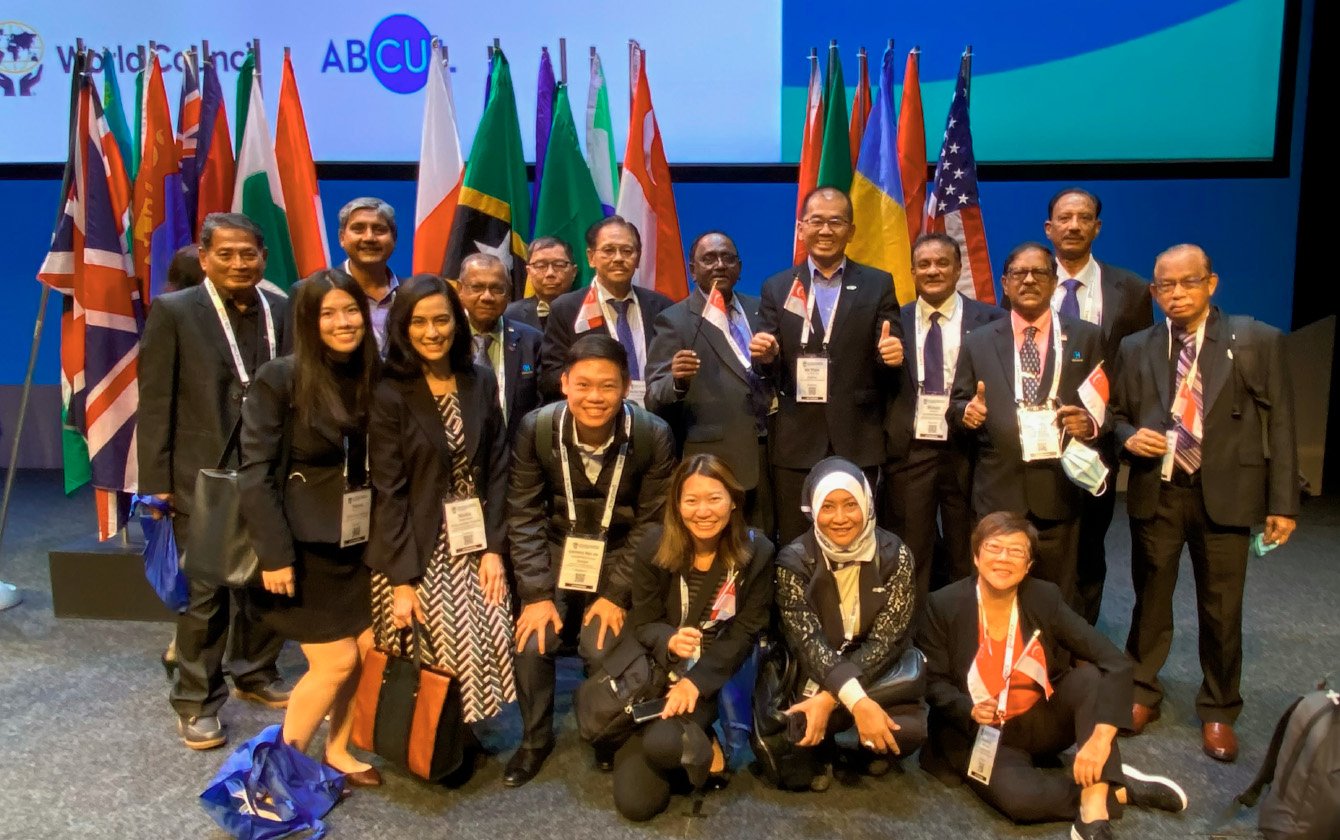