On 3 June 2022, SNCF held its inaugural Co-operative Movement Night – an event that celebrates the successes of the Co-operative Movement and highlights the contributions of its members. The event was the perfect way to bring co-operatives together post-loosening of Covid-19 restrictions in Singapore, with various SNCF affiliates, stakeholders and scholars congregating at the Flower Field Hall in Gardens by the Bay. The theme for the evening was “Women Make Magic”, which set the tone for SNCF’s and our affiliates’ commitment to women empowerment in the workforce, and underscored the achievements and contributions of women co-operators towards the Co-operative Movement and society at large. 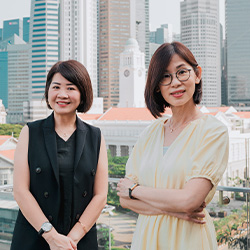 SNCF's Female EXCO Members Share Why Women Matter In Empowering the Co-op Movement In an exclusive interview, SNCF spoke with SNCF’s EXCO members Ai Ling and Shena on what they hope to see in the co-operative landscape and how can co-operatives be the vehicle of change for female co-operators in Singapore.

A total of 56 women co-operators were nominated by their co-workers, an act that recognises their contributions in their respective workplaces. Member of Parliament (MP) for Pasir Ris-Punggol GRC Yeo Wan Ling, who was the Guest of Honour, made a magical appearance as she emerged from a foldable room divider during a magic act by a local magician Imran Muhammad Ishak. Ms Yeo, who is also the director of the National Trades Union Congress’ (NTUC) small and medium-sized enterprise arm U SME and NTUC’s U Women & Family unit, was gifted a portrait of her by the magician. The event marked her maiden engagement with the co-operative movement in Singapore.

In her welcome address, Ms Yeo pointed out that women comprise 80% of the co-operative workforce in Singapore and that they play a crucial role in carrying the co-operative movement forward. “Women play an important role in our nation’s development as they bring to the table different ideas and perspectives to complement their teams, which spark creativity and innovation crucial for business sustainability,” Ms Yeo says.

She adds: “As the Director of U Women & Family at NTUC, I also hope to look at areas that we can collaborate with SNCF to uplift women and spur them to realise their fullest potential.”

One of the celebrated women co-operators was Ms Deniece Bidhiya, a Senior Manager in Case Management at NTUC First Campus. With almost 30 years of experience in her field, Ms Bidhiya finds great satisfaction in seeing children benefit from the job that she does. At NTUC First Campus, she works closely with parents of children with developmental needs and helps these children better integrate into primary schools through the co-operative’s specialised early intervention programmes. Her work provides a brief glimpse into the vital contributions of the nominees and their respective co-operatives to the local communities.

While appreciating the women co-operators, guests enjoyed scrumptious dishes from a four-course menu and gala games. Singaporean singer-songwriter Adelyn Koh who was born with Peters’ anomaly, a rare congenital eye disease that causes near blindness, performed musical numbers from Disney Classics such as How Far I’ll Go from the film Moana and This is Me from the film Camp Rock. At one point during the performance, co-operators whipped out their phones, held out their mobile torches, and swayed along with her music. It was truly a mesmerising sight to behold.

The event concluded with Mr Tng’s closing remarks where he thanked women co-operators and commended them on leading by example. Mr Tng also encouraged co-operatives to continue extending opportunities towards women and looked forward to more gatherings amongst the co-operative community.

Lisa Chan, the Organising Committee’s Chairperson, says that it was SNCF’s first time organising an in-person event since the pandemic and it provided a lot of learning opportunities for her and the team.

“We went through a lot of challenges at the start due to the different Safe Management Measures in place. We were initially planning for a phygital event, with the limited people we could host at a hall,” Ms Chan says. At programme’s end, the team was glad to bring smiles to the faces of the women co-operators and attendees.

The Co-operative Movement Night is a testament to the re-ignited vigor with which co-operatives are committed to navigating a Singapore that is rebuilding itself in a post-Covid-19 age. Keep your eyes peeled for more events to come.

By U Dharshini, with additional reporting by Sng Ler Jun 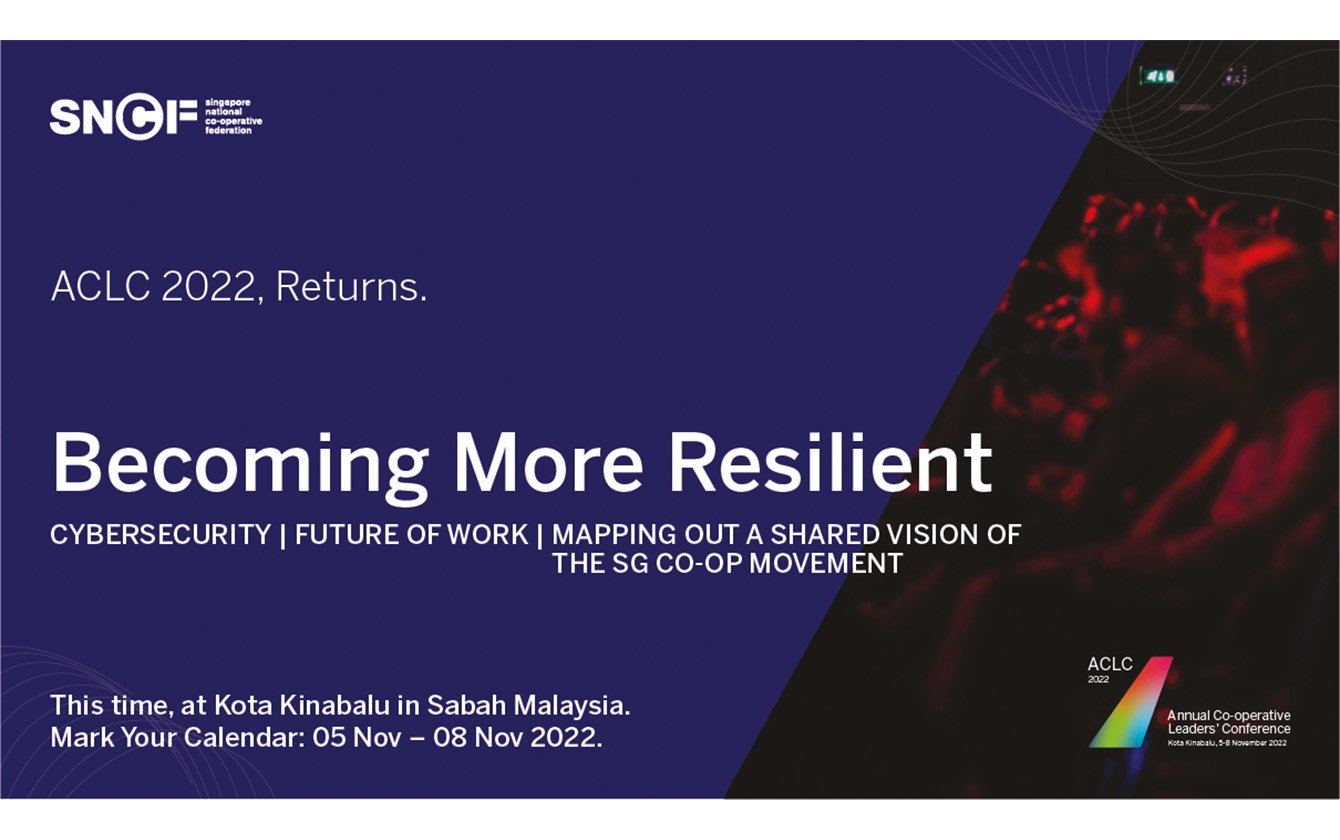 ACLC 2022 To Take Place At Kota Kinabalu, Sabah; Sets Sights on Building Resilient Co-ops Ecosystem
The Annual Co-operative Leaders’ Conference (ACLC) sees co-operative leaders around Singapore congregating and sharing lessons so that co-operatives in Singapore can pivot better in the future. This year, ACLC 2022 will take place at Sabah, Kota Kinabalu in Malaysia. 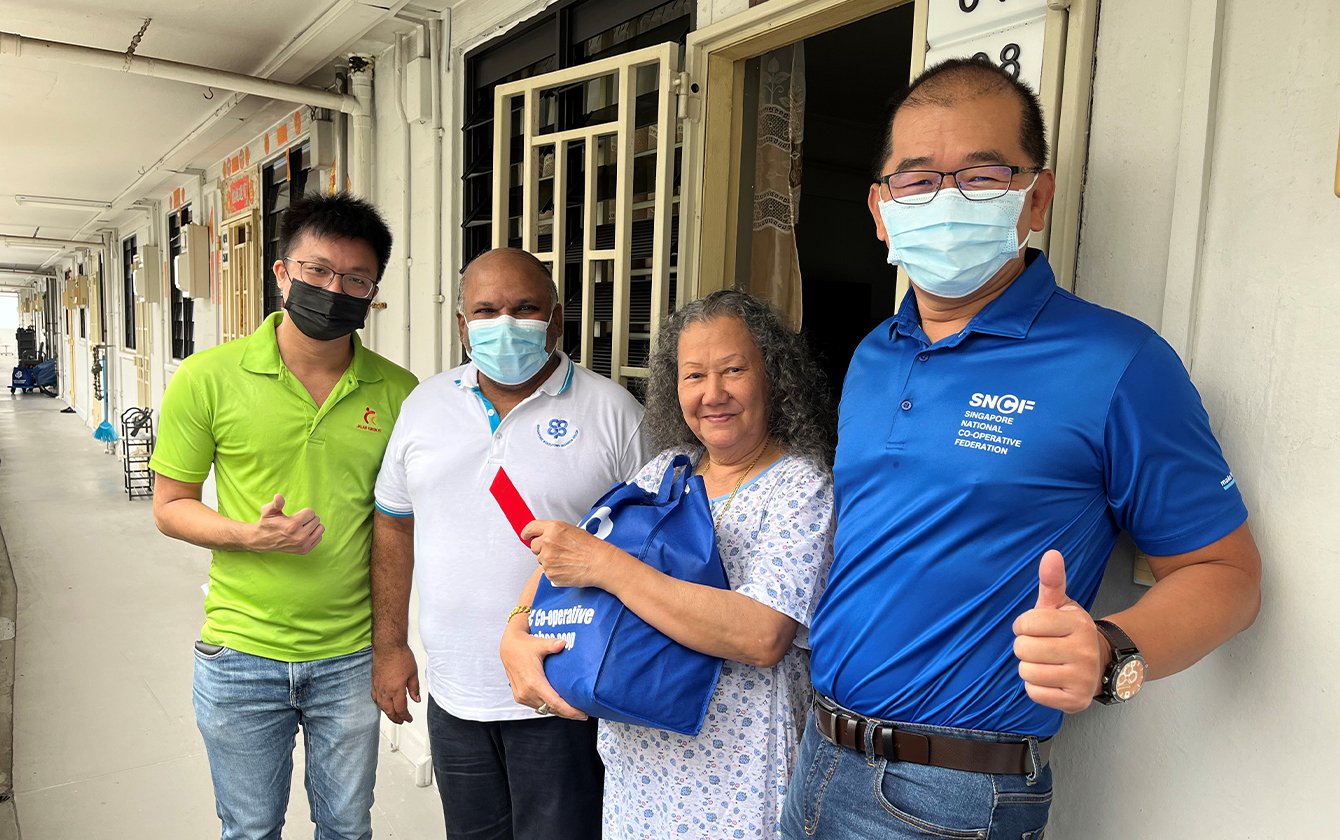 New SNCF Staff Members on their take on volunteering & easing of social restriction
On 9 April and 30 April, SNCF staff members joined SSBEC at their annual Hari Raya events, where they give away hampers for some residents in the Limbang and Jalan Kukoh estates.
View Latest Issue