Youth Voices: "Meeting Past Scholars Taught Me Much," Ervin Ong

Having only just started my co-operative journey, needless to say, I was thrilled to meet my predecessors at this year’s Scholars’ Dinner. Before this, I’ve only read about the other scholars’ achievements online. While I’ve garnered much respect for them, more than anything, I looked forward to interacting and connecting with them in person.

The event was held on 5th July 2022 and hosted by the Singapore National Co-operative Federation (SNCF). It saw the congregation of 19 SNCF scholars, both past and present, at the newly refurbished SNCF office over drinks, music, and even homemade food prepared by SNCF’s Assistant Chief Executive Officer Ms Adeline Kee.

I, for one, appreciated the casual setting; the program was free-and-easy, there was no designated seating, and there were console games available. The walls that usually boarded up the meeting rooms had been moved and made way for a larger, open space that was furnished with a PlayStation, a Nintendo Switch and even a karaoke kiosk. Being a Mario Kart fan, I instantly loosened up and found myself immersed in my favourite childhood game with other fellow attendees.

To signify an official start to the dinner, we had the opportunity to hear from the federation’s Chief Executive Officer Mr Ang Hin Kee, who compared the main office’s recent renovation to the company's direction moving forward - there would be more emphasis on charting new frontiers in the co-operative moment. His opening remark had a contagious effect as we soon found ourselves discussing the future of co-ops and how they may shape lives in Singapore.

The concept of a co-operative was relatively new to me but the role of co-operatives in our society is undeniably pivotal. Some might be more familiar with the term ‘social enterprise’, which has a considerable overlap with co-operatives in that they are both centred on specific social objectives. Co-operatives in Singapore offer such a wide range of services, from our education loans to daily groceries, that it was hard to imagine life without them. Nonetheless, Mr Ang reiterated a need for more novel ideas to bring co-operatives to new heights, and for co-operatives to play a more active role.

In addition, Mr Alex Shieh, the Head of Department (Youth & Women) in SNCF, shared that there will be a shift in focus towards developing existing leaders within the co-operative movement to further aid the smaller co-operatives. Mr Shieh was an SNCF scholar himself more than thirteen years ago. Prior to working at SNCF, Mr Shieh has been actively involved in the co-op movement, having served at Educare Co-op and in the SEED Institute under NTUC First Campus Co-op.

On that note, I found this event a valuable opportunity to hear from the other senior scholars: What have they been through, and where are they now? After all this time, do they look back and find their journeys worthwhile?

Understandably, some continued to serve past their bond while others have pursued different ventures. Some of us, including me, are still pursuing our undergraduate studies and have barely scratched the surface.

I spoke with some of the scholars who shared their experiences working in the movement. Mohamad Raihan, who was awarded the scholarship in 2020, shared with me that he personally oversaw the implementation of IT infrastructure in SNCF’s own office. His contributions also include a playbook to help guide other co-operatives in embarking on their own IT projects. This helps kindle resilience, which is a key theme for the upcoming Annual Co-operative Leaders’ Conference 2022.

Beyond the co-operative movement, I also discovered the sizeable extent to which our scholars are involved in the community. In my conversation with Audrina Tan, who was from the batch of scholars in 2021, I learned that she volunteers at Willing Hearts, a charity that runs a soup kitchen for beneficiaries all around Singapore. Undertaking this responsibility was not without its challenges as she had to learn to chop up different vegetables and even debone a fish! Fortunately, the veteran volunteers there were really friendly and helpful, Audrina added.

These interactions, albeit brief, were extremely heart-warming as I noticed that the constant theme lay in service. The scholars I met, equipped with their own distinctive set of skills, consistently channel them towards the betterment of our society and are unafraid to try new things.

To wrap things up, Ms Adeline Kee shared that the Scholars’ Dinner is part of an overarching project to foster fellowship among SNCF’s scholars. It also served to bring everyone to the same page with regards to the company’s vision and its future plans targeted at different goals, ranging from ESG-related to youth initiatives. Despite being at the end of a typical weekday, the evening felt reinvigorating and personally, I cannot wait to carve my path in this dynamic landscape .

Preparing for this year’s Appreciation Night with my team has been an absolute pleasure and I look forward to all the exciting plans ahead.

Ervin Ong is a 2021 recipient of the Singapore National Co-operative Federation Scholarship. He is currently in his second year at the National University of Singapore, majoring in Data Science and Analytics. 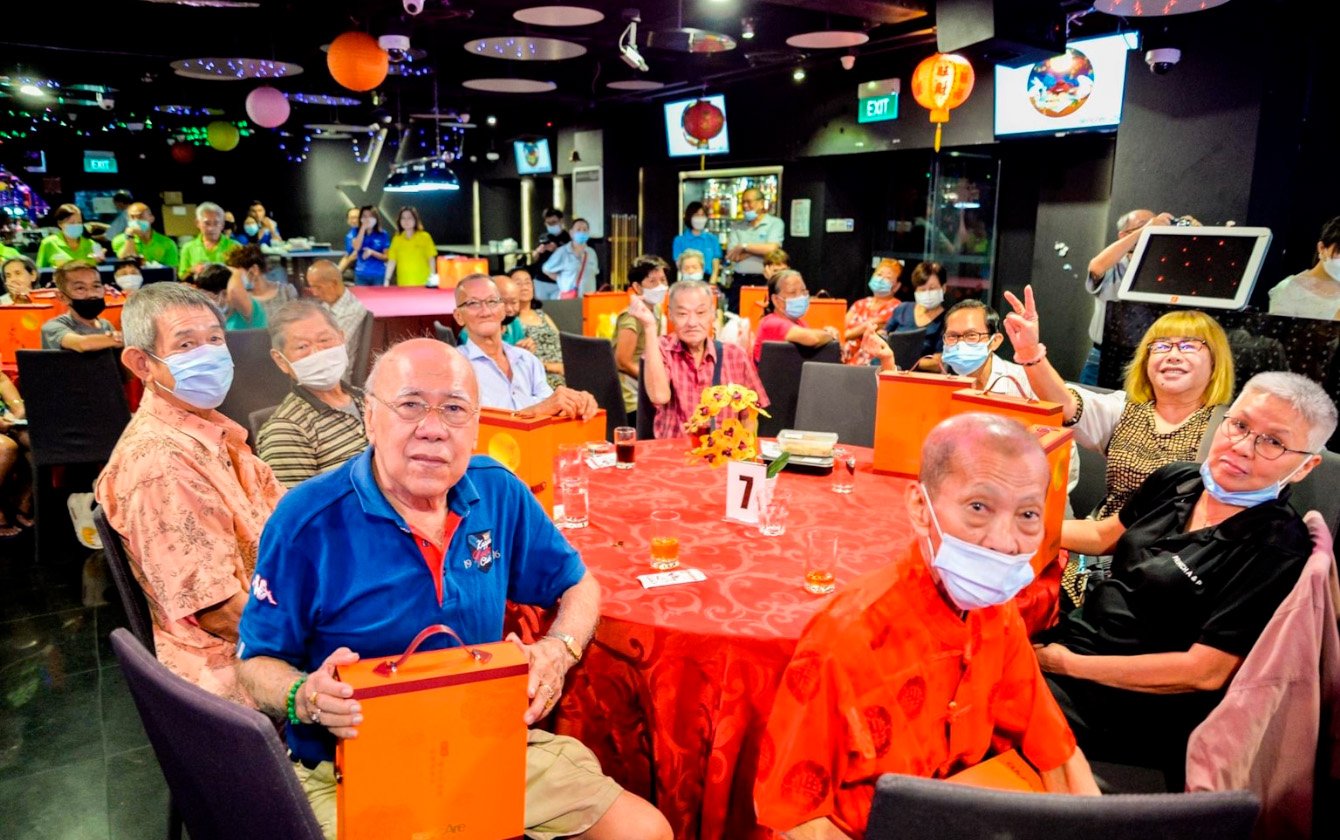 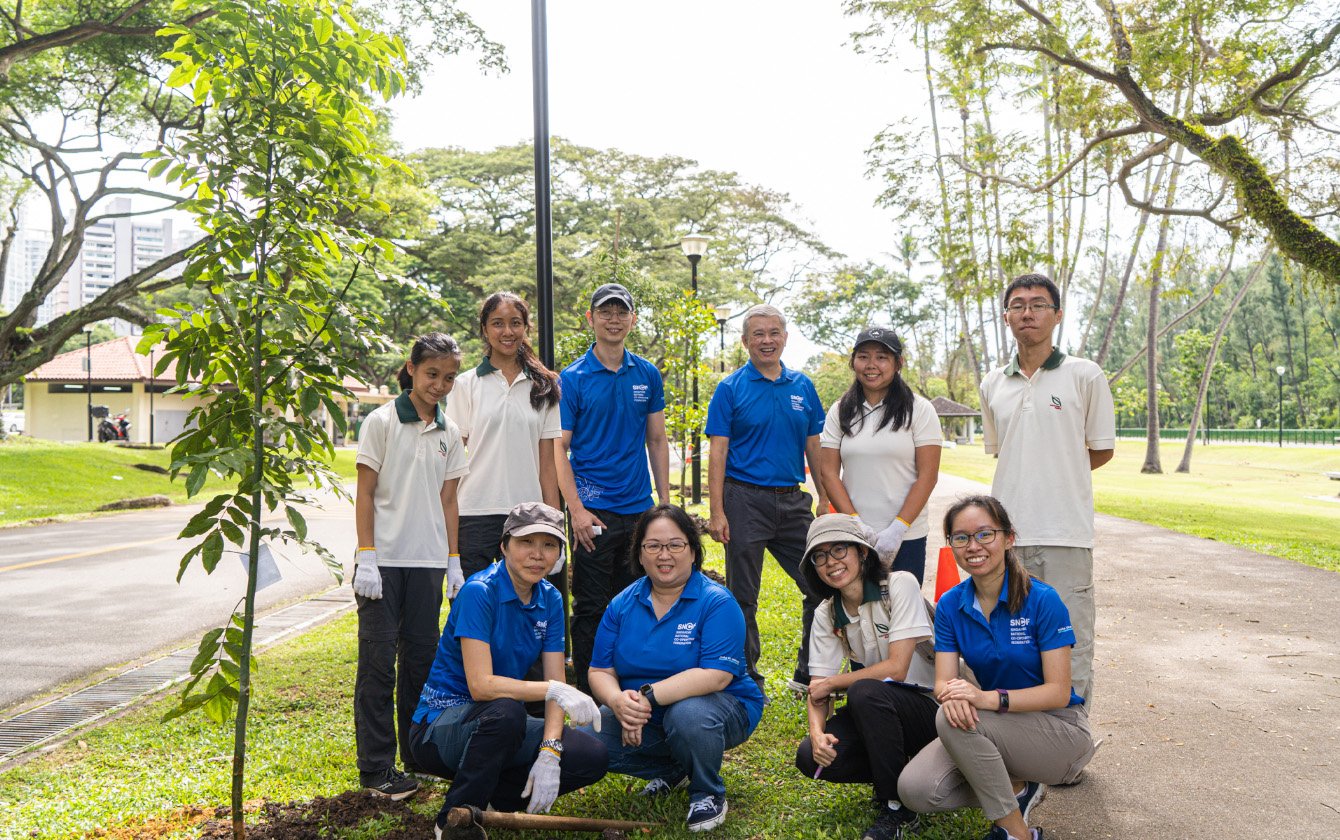 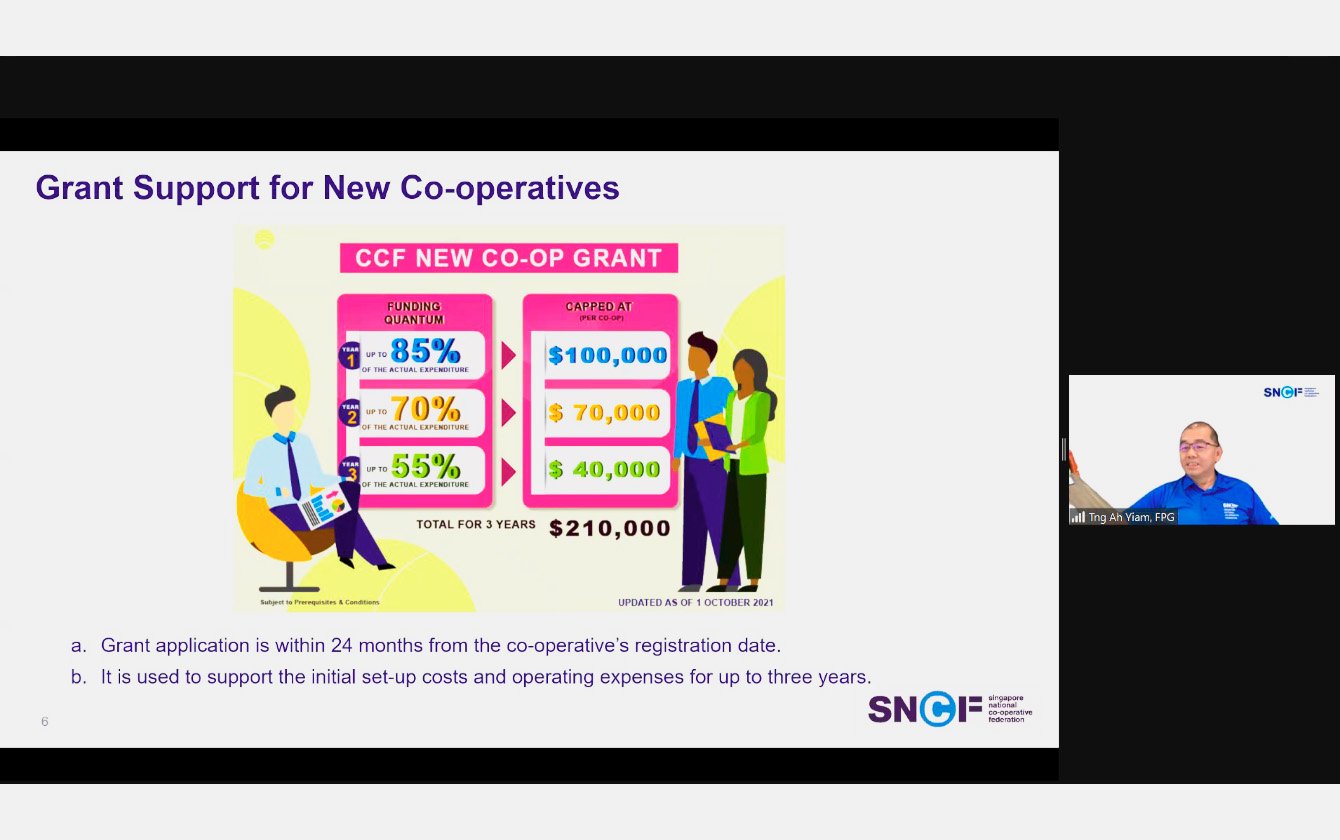 Non-Traditional Forms of Co-ops: Platform Co-ops Can Be a Force of Social Good, says SNCF Chairman
Mr Tng Ah Yiam, Chairman of Singapore National Co-operative Federation, was invited as a guest panelist, alongside Assoc Prof Trebor Scholz, Ms Kate Khatib and Dr Hong Renyi, at a forum hosted by the Institute of Policy Studies and Tote Board.
View Latest Issue